The A-Bomb: Living with Autism 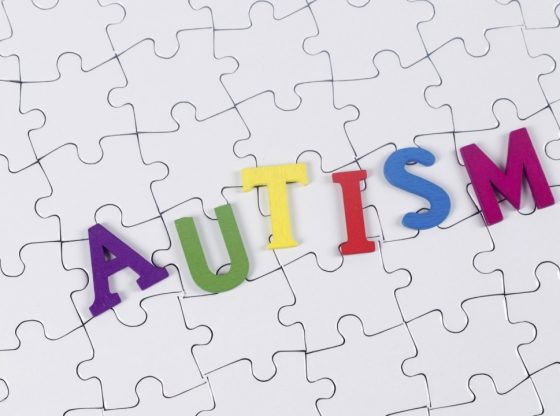 Connor Long-Johnson. 24-year-old working on his thesis at the University of Greenwich. He loves to read all things horror, fantasy and Sci-Fi. He also loves to teach others and write short stories.

Before I tell my tale, allow me to fill in some background information. For as long as I can remember I have had issues with my mental health. I have felt anxious or low throughout the majority of my life and have always had anxiety attacks (particularly when taking examinations). However, all of these emotions came to a head in January 2013 after I had just taken my first AS-Level examinations. Two months later in March, I found out that I had passed both exams with a grade C and was on track to get required my A-Levels and attend university.

Despite all of this, I was overwhelmed with a tidal wave of anxiety that all but obliterated my confidence and gave me second thoughts about taking the hallowed path to university. Upon telling all of this to my mother, she instantly (and incessantly) suggested that I go to see my GP and discuss this sustained period of anxiety and see what help they could provide. Upon hearing my story the doctor prescribed 20ml daily doses of the anti-depressant, Citalopram (which I am still taking to this day, now at 30ml) and a six-week programme of CBT (Cognitive Behavioural Therapy).

Thankfully, after around two weeks, the medication kicked in and my anxieties slowly began to deteriorate, although not disappearing completely. The CBT programme I undertook – unfortunately – did little to help me but it did make me aware of the help that I available for those who are suffering from mental health issues. As my anxiety lessened, I began rethinking my future path and decided that university wasn’t such a bad idea after all. After two years of very hard work and much stress, I managed to join the University of Greenwich in London, England and started my English Literature Degree in September 2014.

However, we must temporarily jump back again to 2013 to find the first major evidence of my condition. This was something that my mum raised with me after the incident occurred. In early 2013 my sister was admitted to hospital and required an operation to remove a tumour in her neck. The tumour was a result of a rare glandular condition called Castleman’s disease. The tumour was beginning to press on my sister’s windpipe and would eventually lead to her struggling for breath and consequent death. It is fair to say that her condition was dire. My sister was in the hospital for around four days and the time was a turbulent one for everyone in my family. Everyone except for me…

As my mum noted afterwards, I displayed very little concern for my sister before, during or after the ordeal she had gone through. My mum also noticed a distinct lack of sympathy or empathy that would have allowed me to show my concern. Despite strained relations with my sister, my mum was in disbelief at how little I seemed to care. Little did we know at the time that this event was a significant indicator of what was to come.

Back to the (nearer) present. in 2016, my mum (who works in a school) came home from work one day after attending a training course on working with Autistic children. I can remember the moment vividly as she turned to me and said: “Connor, I think you might be autistic.” My first thought was to laugh the notion off as some trick or a bad joke. Although when my mum began to list the signs and symptoms she had learned on her course, many sounded eerily familiar to me.

Again following her advice, I booked an appointment with my doctor and asked to be referred to a specialist who could assess me and determine whether or not I was indeed autistic. In January 2017, I had three hour-long interviews with a wonderful and compassionate doctor whose name has unfortunately escaped me. Two of these interviews also involved my mother who had to give a detailed history of my life and provide examples of times when I had demonstrated symptoms of autism.

Finally, after five or so weeks, I received the letter in March 2017 confirming what I had secretly dreaded. I was officially on the Autistic Spectrum and had been diagnosed with Aspergers Syndrome. The world – and my outlook on it – was about to change forever. Much like the cities of Nagasaki and Hiroshima after the terible events of WW2, the landscape of my life had been destroyed and altered forever.

Thinking back, it feels almost like my life can be split into two chapters, before Autism and after Autism, in a way similar to B.C. and A.D – B.A. and A.A. if you will. The initial week or two after my diagnosis was filled with shock and disbelief. I have heard and read that most people who are diagnosed with Autism find the diagnosis very helpful in explaining their behaviour and allowing them to fit in with their own social group and Autistic peers. This was the main reason why I and those around me thought pursuing a diagnosis was an excellent idea.

I wish it had worked for me…

I have found my diagnosis like being hit with an explosive, the first five months I was shellshocked and the world around me was deafened by the ringing of Autism. After that period of time and the ability to stop and take stock arose; the actually of the situation slowly set in.

I began to refer to myself self-deprecatingly; calling myself retarded, spasticated and mongoloid. It is something that I feel ashamed to admit and yet a persistent part of me still wholeheartedly believes this to be true.

Unlike those who celebrate their condition and who feel it gives them their individuality, their personality and their passions, I was left with a nasty taste in my mouth. In my eyes, I was defective. If my brain was a computer, it would be discarded as faulty. At the onset of my Master’s Degree, I began to question everything I was doing. What right did I have to study at Master’s level?  I was daring to think of a PhD. With Autism? I have no chance. Reading literature is based on the ability to empathise, something which I was abundantly lacking in. So how could I proclaim to be an excellent reader of novels and understander of classic literary characters, when I couldn’t even perform the simple task of placing myself in other people’s shoes? These are also doubts that reside in my mind to this day like unwanted squatters in a dirty apartment complex.

After a while, I also had another revelation. When applying for a monthly Personal Independence Payment (a benefit for those with physical and mental disabilities), I was required to fill in a tedious 15-page form with the help of my mother. The form was quite a challenge to fill out; making me recollect all that had gone before and realise just how significantly my autism inhibits my daily activities. I have trouble navigating and travelling, managing my finances, eating different types of food and a plethora of other things that a ‘normal’ person would find comes naturally.

So, I am left here, sitting in front of my laptop and writing in the dead of night about my experiences in the past few years. I hope whoever reads this finds something interesting or inspiring in my writing. Despite all my troubles I still manage to hold down a part-time job and am applying for PhD soon (thankfully I have managed to fight off the doubt thus far).

All I know is this, like the detonation of a nuclear bomb, the initial shock has dissipated, but the fallout remains as strong as ever.